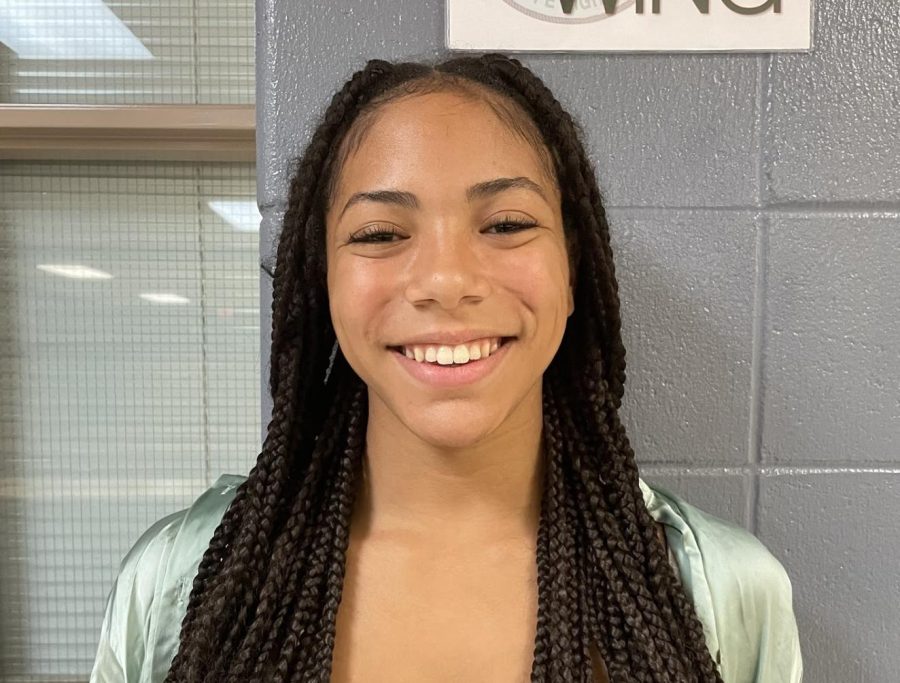 Temporarily being part of Green Hope for an exchange year or two is a widely similar yet different experience from being a permanent member of the GH family. Thessie Sourice (’24), a foreign exchange student from France, has come to pursue her goals of learning English and discovering what American culture is like. She said, “I could’ve gone to the UK, but it was not far enough for me.”

Coming to America without her family was a goal she wanted to accomplish, but this idea placed her out of her comfort zone. She said, “I haven’t realized yet, everything happened so quickly. Just like that I was in New York. I met new people, and the day after that I am here!”

Attending a strict private school in France, Sourice actually felt more freedom. She said, “We had more liberty…When we had no lessons, or when our teachers were not there, we could just go out in the street and eat something or go to a coffee shop.”

Finishing school at 5pm everyday in France is much later compared to schools in the U.S. Sourice appreciates the school length at Green Hope since she is able to fully enjoy her day without coming home fully exhausted. She says, “For me, it’s like a vacation being here.”

Playing sports is a very popular extracurricular among high school students, but Sourice said, “We don’t have sports. You can go if you want, but it would be after school, and there isn’t much time since we finish late. Also, you can’t get a scholarship for sports in France.” Many students here rely heavily on sports scholarships to attend college.

The casual dress code shocked Sourice the most. She said, “I’ve never seen this before. It’s against the dress code over there to be wearing PJs or crocs.” Thessie will definitely be missed next year.